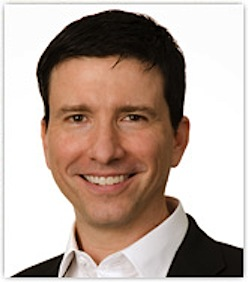 By Chris Henning – Jason Best began his career at Jewell in 1988 as an Oxbridge Scholar perusing a degree in Business Management. Jason believes that the Oxbridge Program was one of the key educational experiences leading to his future success. While growing up, Mr. Best traveled abroad with his family, which later correlated to his studies at Oxford. It allowed him to feel comfortable and inclined him to become a successful Oxbridge student.

After William Jewell, Jason earned his MBA at Thunderbird School of Global Management, the world’s top ranked International MBA institution. Over the next decade, Jason worked for several different companies gaining valuable experience. While serving on an executive leadership team at Kinnser Software, he helped develop Kinnser into one of the nation’s fastest growing companies, according in Inc. Magazine, by increasing revenue growth over 1,300% from $1 million to over $20 million.

In April 2012, Mr. Best co-founded Crowdfund Capital Advisors (CCA) specializing in raising funds for projects and business ventures from a large number of people through the Internet. They have worked with organizations in 28 countries on 6 continents. Today, CCA works with the World Bank, private investors, governments, and entrepreneurs globally.

In 2012, CCA conducted a 460-day campaign, which helped change 78-year-old security laws and facilitated selling equity shares to investors through web-based funding portals. After the campaign, Jason and his team were honored by attending the White House Rose Garden Ceremony for President Obama’s signing of the 2012 JOBS Act, which adapted the popular idea of Internet crowdfunding to the sophisticated business of securities.

In January 2013, CCA was awarded a key partnership with the U.S. Department of Entrepreneurship Program. Jason is also Co-Founder of the UC Berkeley Program for Innovation in Entrepreneurial and Social Finance, the world’s leading research center for crowdfunding, entrepreneurship, and social impact.