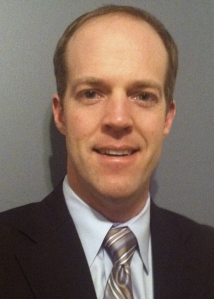 By Will Gross – Cory Scheer, Assistant Professor of Nonprofit Leadership and Business, joined the William Jewell College faculty in January 2012.  In addition to his faculty appointment, Cory serves as Campus Executive Director of the Nonprofit Leadership Alliance.  Prior to William Jewell, Cory worked for the YMCA of Greater Kansas City as Vice President of Strategic Partnerships and as Executive Director of the Paul Henson Family YMCA.  Cory worked closely with private, community and nonprofit organizations to develop programs of impact for the YMCA including the 2nd Grade Learn to Swim Program, BlueCross BlueShield Healthy Families Program, LIVESTRONG at the YMCA Cancer Survivorship Program and Activate America. 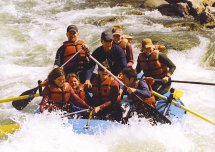 Cory is an active volunteer for several nonprofit organizations in the community.  He enjoys working with students both in the classroom and as an advocate for campus student organizations at William Jewell to prepare them for leadership and significant impact.

Originally from Wheatland and Cheyenne Wyoming, Cory’s family moved to St. Louis after his 9th grade year in school.  In high school he played varsity basketball and was a state qualifier in golf.  Upon high school graduation, he earned his undergraduate degrees at Southwest Baptist University majoring in speech communication and community recreation.  While at Southwest Baptist, he was President of the Speech and Debate Forensics Team, which

he led to a national championship.  He completed his M.B.A. from Rockhurst University in 2011.

In addition to his professional and volunteer work, Cory is an avid cyclist who also enjoys swimming, golfing and running.  At home he spends his time with his wife Jamie and their four children, Cailyn, Evan, Levi and Isaac.

While he has been on the Hill but a short time, Professor Scheer is energized by the engaged Jewell students, faculty, administration and staff.  He is embracing the opportunities to share his knowledge and experiences as he assists students in their educational journeys.

This entry was posted in Faculty. Bookmark the permalink.